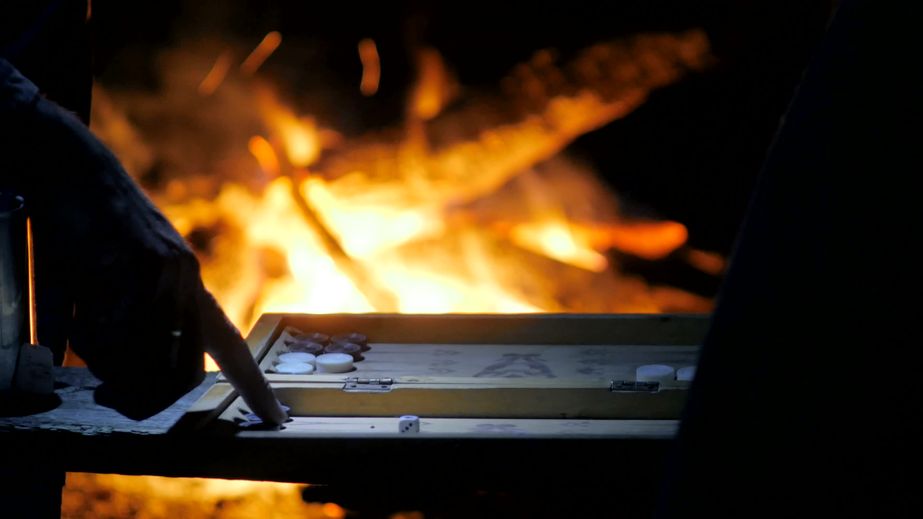 The rules of backgammon are pretty simple, in order to win, you have to move all of your backgammon pieces into your own home board and then bear them off. The first player to bear off all of their checkers wins the game.

Before we move forward, we are going to have a quick discussion of the basics of backgammon.

Let’s start off with the equipments:

Backgammon pieces – are known variously as checkers, draughts, stones, men, counters, pawns, discs, pips, chips, or nips. These are the pieces that you need to move and bear them off before one’s opponent can do the same. Each player casts one die. The player with the higher number makes the first move, using the two numbers cast by his die and his opponent’s. In the event that both players roll the same number, it is a standoff and each rolls another die to determine the first move. In the event of subsequent ties, this process is repeated until the dice turn up different numbers. In some games, players double the unit stake automatically every time they cast the same number; others limit the automatic doubles to one. In tournament play, there is no such thing as an automatic double.

Each player’s turn consists of the roll of two dice. A player then moves one or more pieces in accordance with the numbers cast. Assume he rolls 4-2. The player may move one piece six spaces, or one piece four spaces and another piece two spaces. Bear in mind that, when moving a single piece for the total shown by the two dice, you are actually making two moves with the one piece —each move according to the number shown on one of the dice.

If the same number appears on both dice, for example, 2-2 or 3-3, the caster is entitled to four moves instead of two. Thus, if he rolls 3-3, he can move up to four pieces, but each move must consist of three spaces.

The players throw and play alternately throughout the game, except in the case where a player cannot make a legal move and therefore forfeits his turn.

A player makes a point by positioning two or more of his pieces on it. He then owns that point, and his opponent can neither come to rest on that point nor touch down on it when taking the combined total of his dice with one piece.

A player who has made six consecutive points has completed a prime. An opposing piece trapped behind a prime cannot move past, for it cannot be moved more than six spaces at a time – the largest number on a die.

Bear off – Winning the game

When all of a player’s checkers are on his last 6 points, he can bear off. To bear off, you have to reach an imaginary point located just outside of the board. To bear off one piece, you need the exact dice to just remove it. This means that to bear off a piece on the 3 points, you need to roll a 3.

The farthest checker can always bear-off, even if the dice is greater than the checker position. In the position below, if white rolls a 6, it can bear off the checker from the 5 points. backgammon are clear you can’t do this. Here are 5 backgammon rules that everyone breaks and ignored.