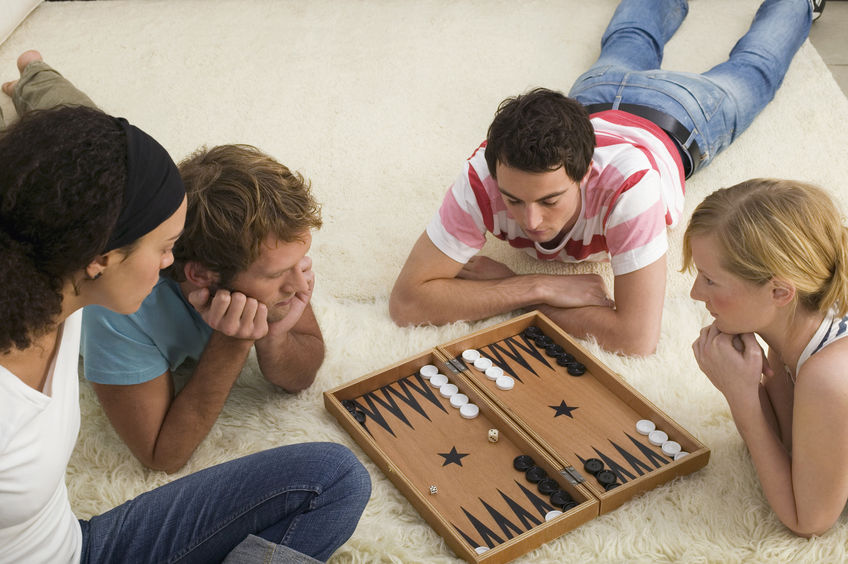 The game Backgammon is one of the oldest board games. This game is for two players and has been enjoyed by people around the world for over 5,000 years. Backgammon setup and play style is very different among other board games. To win at backgammon, you have to move all of your backgammon checkers into your own home board and then bear them off. If you want to know how to setup backgammon, stay with us and we will tell you the basics, starting from setting up the backgammon down to winning the game.

Setting Up the Game

Lay the game board lengthwise between both players and assign each player a color, either red or white. Since you already know how to setup a backgammon board, let’s now start playing the game.  Roll the dice to determine which player goes first. The player who rolls the highest number goes first. If both players roll the same number, roll again. For the rest of the game, players alternate turns.

Remove your checkers from the bar, if necessary, as you cannot perform any other moves until all of your checkers have been debarred. To do so, roll the dice. You may move your barred checkers to your opponent’s home board points of the corresponding number (1 through 6), but only if they are unoccupied.

Bear off your checkers once all 15 are within your home board (points 1 through 6). To do so, roll the dice. You may remove your checkers from the game if they are sitting on points corresponding to the dice numbers.

Win the game by removing all of your backgammon checkers from the board.

Setting up backgammon game is easy, but it takes time and a couple of practice to for you to become an expert or pro player.