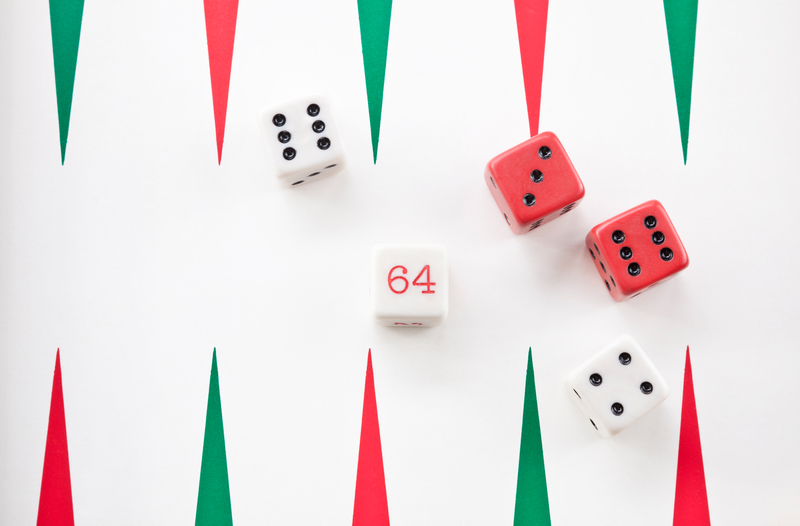 The history of dice is almost as old as old as humankind itself. They are the oldest gaming instrument the world has ever known and are still uncontrollably mainstream today.

The oldest dice ever found were excavated in the Bronze-Age city of Shahr-i Sokhta (“The Burnt City“), in present-day Iran. The Burt City has yielded numerous astonishing finds, including the first artificial eyeball, a pot painted with what’s considered the first animation, and a backgammon set from 3,000 B.C.E. – about 1,000 years older than Stonehenge. In any case, direct ancestors of today’s dice were bone: the lower leg bones of hoofed animals, such as sheep and oxen. These bones -later called astragali by the Greeks- were chosen in light of the fact that they are generally cube-shaped, with two rounded sides that couldn’t be landed on, and four flat ones that could. Which side would be facing up after a toss, or a series of tosses, was as much a gamble to our ancestors as it is to us today.

The reason why Dice have spots instead of written numbers is that people have been using dice since long before they invented a way to write numbers. Also, people often used these dice to gamble for things or for money. for instance, archaeologists at the Roman city of Pompeii have even found dice which had been weighted on one side with tiny bits of lead to make them come up more often on a certain number. The lead was carefully hidden so the other players wouldn’t know that they were

Dice were also made in various fascinating and interesting shapes, for example, a trapezoidal design, 14-sided, two-sided and four-sided elliptical. Today, the most generally utilized base material for bones assembling is plastic. Plastics are high atomic weight polymers that are delivered through an assortment of chemical reactions. Modern loaded dice are ingeniously specialized. Some, called “tappers,” have mercury drops in a central reservoir that run into a capillary tube when you tap them on the table, throwing off the weight. Others contain a metal with a low melting point, so a gambler can cause it to run to one side by applying body heat. That is the reason all gambling dice nowadays are clear.

In the event that you are interested in collecting dice, visit museums that house them to get a better understanding with regard to dating these small objects. You can also purchase them online at our store, we have lots of variety to choose from. For starters, when looking for dice, always remember to look for worn corners, scratches and nicks and cracks, despite the fact that the condition might be of less significance to you.