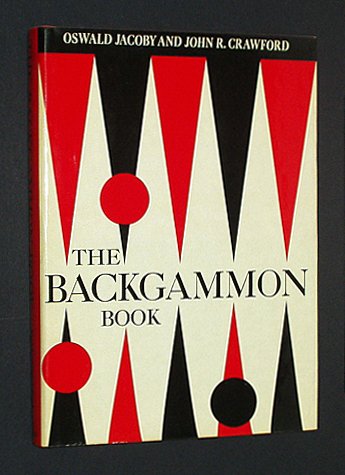 Here is the basic and authoritative book on how to play backgammon – for fun and for money – and how to win. Easily played by a ten-year-old, backgammon has also challenged great game-players for over two thousand years, and never more than today. No two of the world’s greatest players have written the most complete and up-to-date guide yet, certain to become the one essential book for both novice and expert. Illustrated with almost a hundred large, clear diagrams, the book provides a step-by-step account of how to play, from setting up the board and the crucial opening moves, to the finer points of the middle and end game, and much more. Chapters discuss: the opening move; the reply to the first move; general principles of play; some early game problems; some late positions; the running game; the back game; unusual plays; Chouette; etiquette; playing the alternatives; doubles and re-doubles; basic probability; the official laws of backgammon (including new laws formulated in collaboration with the International Backgammon Association – published for the first time); and how to run a tournament. throughout there are many illustrated step-by-step sample games and analyses, revealing crucial points of strategy by two master players. Included also is a long introduction on backgammon’s ancient origins and long history, and there are amusing and revealing stories about some modern games and players. Rare prints and drawings, pictures of antique and modern tables and boards, and candid photographs of today’s leading tournament players accompany the text. Oswald Jacoby (1902-1984) and John R. Crawford (1915-1976) were very good friends and through the years were amiable rivals in a variety of games. At backgammon, there are seven international championships – Jacoby won three and Crawford one. Also at one time, Crawford held five national bridge titles, and Jacoby was second to him in four of them.

An Introduction to Backgammon: A Step-By-Step Guide

Backgammon for Blood: A Guide for Those Who Like to Play but Love to Win

Backgammon: From Basics to Badass